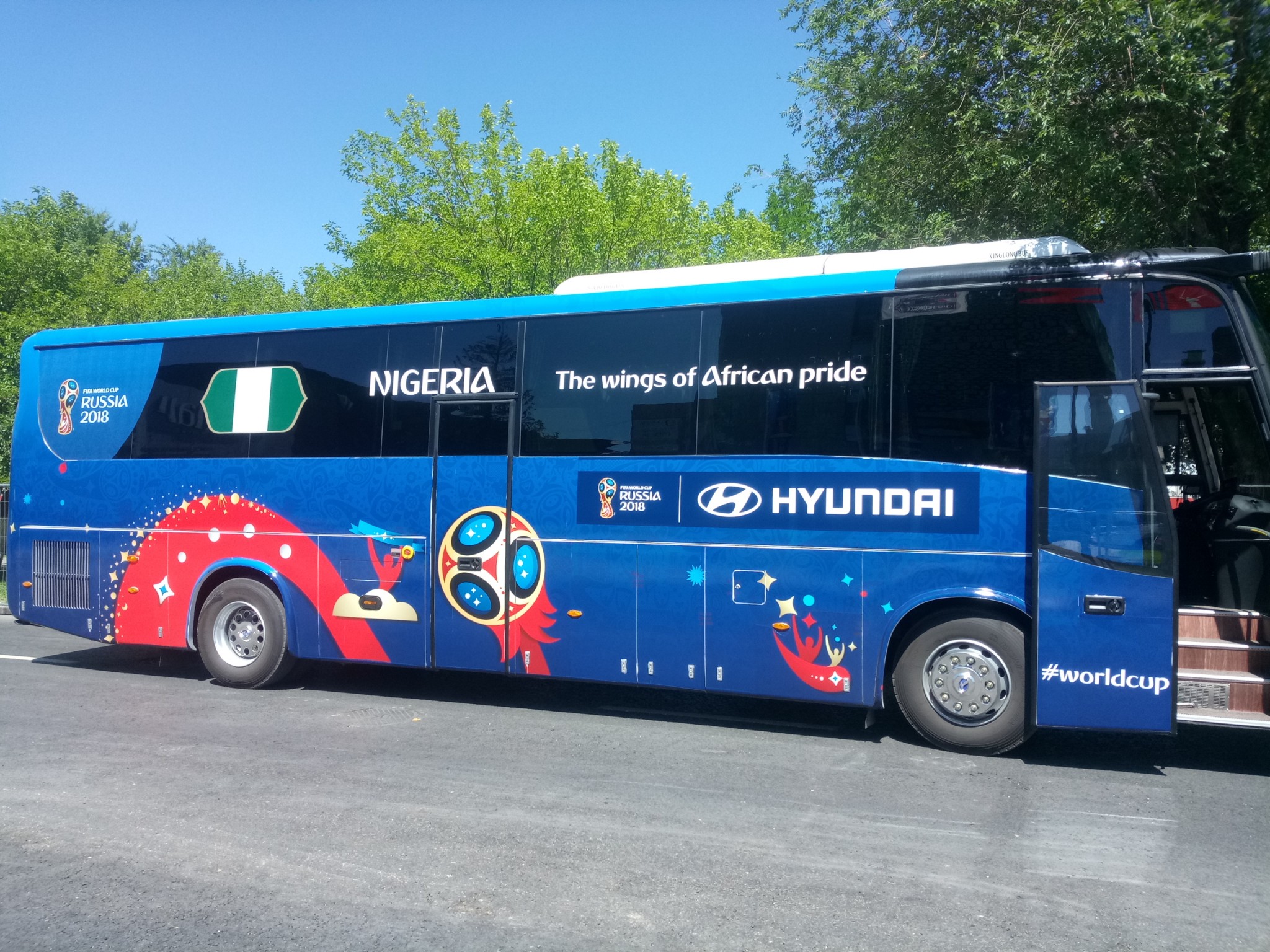 The Brazil 2014 Round of 16 berthers flew from their Essentuki base on Thursday morning and were settled in their Hampton-by-Hilton Volgograd Hotel abode a little after 1pm.

Focus has been on the encounter with the Euro 2016 quarter-finalists since the loss to Croatia in Kaliningrad on Saturday, as victory against the feisty Scandinavians will renew hope for a place in the knockout rounds while defeat would mean early and unflattering elimination from the quadrennial showpiece.

Coach Gernot Rohr told the media in Essentuki on Wednesday that he had been drawn to a plethora of suggestions in the media space on best formations, patterns and appropriate player-position-cum-strength postulations following the reverse against Croatia, but that he knows what is best for the team and will deploy same on Friday.

“We have watched the game against Croatia again to see our mistakes so that we can correct them. It will be a tough game. We have to be at our best and be more professional with our defending especially from set-pieces.

“We have to be fully focused and not lose concentration all through the game. I believe with hard work we can get a good result. In truth, there is no need to add to the pressure we have now. More pressure on the team will not necessarily translate to better results.”

Captain Mikel Obi, widely analyzed not to have functioned effectively in the advanced midfield role against the Croats, said he would be ready to feature in any position for the team as determined by the coach.

“I am ready to play in any position the coach wants me to play. I am comfortable with either role: offensive or defensive. The most important thing is the team.”

Friday’s win-or-bust situation is expected to bring the best out of this new generation, with victory guaranteed to be a statement of strong mentality and capacity for turning around adversity, which would do career progression and equity at national team and club levels no harm.

Thenff.com gathered that all players in camp are fully fit, meaning Coach Rohr is presented with an opportunity to pick among all 23 players, and to cobble together the combination and formation that he believes will best guarantee victory.

It was also established that Nigeria’s number three man, Senate President Bukola Saraki, will attend the big match. Also certain to be on ground to support the three –time African champions at the 45,000- capacity Volgograd Arena are the Ambassador of Nigeria to the Russian Federation, His Excellency Professor Steve Davies Ugbah, the Permanent Secretary in the Youth and Sports Ministry, Mr. Olusade Adesola, Nigeria’s IOC Member Habu Ahmed Gumel and a full complement of the NFF Executive Committee led by the President, Mr. Amaju Melvin Pinnick.

There will also be distinguished Senators and Members of the House of Representatives, Members of the NFF Congress, Directors in the Ministry, NFF Management and Staff, football stakeholders including former presidents and secretaries-general of the NFF, and a large number of members of the Nigeria Football Supporters Club and Nigerians resident in Russia.

Volgograd, formerly known as Stalingrad and which is 940 kilometers to the south of Moscow, extends alongside the Volga River and has a population of 1 million people. The unforgettable ‘Battle of Stalingrad’ was a turning point during the Second World War, with about 2 million persons said to have been killed and German expansionist mission decisively aborted.

Victory on Friday would be a turning point in Nigeria’s 2018 FIFA World Cup campaign.

Sam Allardyce sacked by Everton after six months as manager